Avoidable Chimney Fires Account for Loss of Life and Property 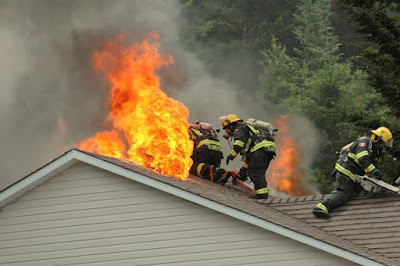 The National Fire Protection Association estimates that in 2011, heating equipment was involved in an estimated 53,600 reported U.S. home structure fires, with associated losses of 400 civilian deaths, 1,520 civilian injuries, and $893 million in direct property damage. These fires accounted for 14 percent of all reported home fires.

In 2013, one home structure fire was reported every 85 seconds. (NFPA)

Note that these statistics are for structural fires only, and do not include chimney fires that are contained to the chimney. The cost for damages to chimneys is unknown but estimated to be high.

The leading factor contributing to home heating fires was a failure to clean creosote from solid-fueled heating equipment, primarily chimneys. (NFPA) All chimney fires can be prevented by having  regular sweeping and maintenance performed by a professional chimney sweep, who will remove flammable creosote and inspect the chimney. The NFPA suggests annual inspection and sweeping as necessary for open wood-burning fireplaces, and bi-annual sweeping for wood stoves and wood-burning fireplace inserts.

The United States Fire Administration estimates that wood stoves cause over 4,000 residential fires every year.

Thirty percent of the non-confined residential building heating fires occurred because the heat source was too close to combustibles. (USFA)

According to the U.S. Consumer Product Safety Commission, more than 150 people die on average per year from carbon monoxide poisoning, related to the use of combustion appliances, including wood stoves, in the home.